The plastic issue is more and more in the news. This week we’d like to share an interesting article from the Guardian on the materials that could substitute plastic.

Find the original article at this link or copied below!

Is there life after plastic? The new inventions promising a cleaner world

As the backlash against plastic waste grows, industry is replacing and redesigning single-use products, from recyclable bottles to biodegradable film

Barely a day goes by without a new anti-plastic initiative: the Dutch supermarket with a plastic-free aisle; the Bali inhabitants sweeping the island for jetsam, the moves to get plastic out of teabags – and even out of Lego. And that was all just this week.

But can we – or should we – aim to move beyond plastics altogether? What are the alternatives to a material that has dominated packaging for 70 years? Promising new technologies are vying for attention, but plastic is so ubiquitous – and so useful – that it will not simply disappear.

Rob Opsomer, systemic initiatives lead at the Ellen MacArthur Foundation believes that 50% of plastic packagings could be recycled if they, or after-use systems, were better designed, and 20% could be tackled by reuse schemes. However about 30% of plastics need a fundamental rethink to prevent them ending up in landfill.

It’s a sentiment that is gathering pace, with small businesses, laboratory scientists, corporate giants and individual innovators scrutinising every aspect of the plastic problem, from product design to sophisticated new biodegradable bioplastics.

Among those exploring alternatives to traditional plastics is Jeffrey Catchmark, professor of agricultural and biological engineering at Penn State University, who is plumbing the potential of naturally occurring polymers.

Among the team’s successes are waterproof coatings made from cellulose and chitosan – the latter a material made by treating the shells of crustaceans. Not only are these coatings compostable, and break down in the environment, but they offer other benefits since they also act as adhesives, making the recycled products even better than the virgin packaging.

“In fact [the waterproof coating] is completely compatible with the processes that the recyclers use to treat the paper pulp in order to prepare that for the next product that is made,” says Catchmark.

Israel-based Tipa is one of the packaging companies focussing on bioplastics, and is developing their own flexible packaging.

While the company admits their products are more expensive than traditional plastic, the approach could tackle one of the big problems with plastic wrappers, such the films that surround your tomatoes. “That plastic is not recyclable because it is three different plastics,” said Mark Miodownik, professor of materials and society at University College London.

Tipa claims that its material – produced from a combination of biological and synthetic materials – breaks down rapidly in a home composter, unlike most so-called compostable plastics which only properly degrade in industrial treatment facilities. 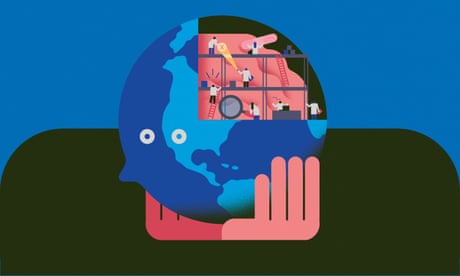 “Just imagine that all flexible packaging will be treated and will behave the same way as organic waste,” said Daphna Nissenbaum, CEO of Tipa. “What we offer is a packing solution that on the one hand is similar to conventional plastic, it brings us as consumers the same benefits as plastic, but on the other hand, [it is] fully compostable.”

However Miodownik is cautious, noting that for compostables to catch on, the starting materials have to be sustainable or otherwise make use of abundant waste materials, such as waste oil, whereas recycling means resources can be used again and again.

Nonetheless, so far Tipa’s flexible packaging has been embraced by businesses including snack-company Snact and fashion designer Stella McCartney.

Others, meanwhile, have embraced a golden oldie: cellulose. Made from the plant polymer, cellophane is the wrapping that got us hooked on the idea of “seeing what we buy” but ended up being usurped by cheaper films made of plastic with a host of attractive properties. Now some, including Nestlé’s Quality Street are going back, using cellulose films from UK-based firm Futamura for their wrappings.

Andy Sweetman of Futamura said its NatureFlex range is made from sustainable raw materials and can be industrially or home composted. And while the toxic chemical carbon disulphide is still used in manufacturing, this is now fed back into the system, tackling environmental concerns.

Packaging made from seaweed promises another alternative to sachets and wrappers.

Jakarta-based Evoware say both food-grade and packaging-grade products are available, with the focus on use in the food and drink, beauty, jewellery and electronic industries. One use, they note, is to package seasonings for instant noodles, with the sachets breaking down in hot water.

Seaweed-based packaging has even been deployed for water, with London-based start-up Skipping Rocks Lab developing Ooho: squidgy liquid-filled balls that last for a few days and can be eaten.

Among others keen to see their packaging eaten is Peggy Tomasula of the US Department of Agriculture whose team has used proteins from milk to make films which are claimed to be better than plastic at keeping oxygen out.

From coffee cups to drinks packaging and juice cartons, solutions are proliferating. A host of companies have taken-off, selling reusable alternatives to single-use coffee cups, and many cafes now offer discounts for their use.

Others are redesigning single-use products, like the Triocup – a paper coffee cup which folds over at the top, removing the need for a plastic lid. Triocup co-founder Tom Chan said the ultimate aim was to remove the plastic lining too, making the vessel compostable or recyclable.

UK-based FrugalPac, is also looking to tackle drinks packaging, with easy to recycle juice cartons and a coffee cup that, it claims, “can be recycled in any UK paper mill”. Rather than using paper with a tightly bonded plastic layer, the cup is made from recycled paper that easily breaks down at the mill, while the waterproof plastic lining floats free and can be scooped off, or removed by filters.

“We should be making it a lot easier for consumers to be recycling these products and the way to do it is to redesign them so that they will go in existing recycling streams,” said Martin Myerscough, founder of the company, adding that eventually the team want to replace the plastic lining.

New materials take time to develop, and the pressing challenge for supermarkets to introduce plastic-free aisles, or go plastic-free all together, means some are turning to existing alternatives.

Iceland has pledged that its own-brand items will be plastic-packaging free by 2023, embracing “a range of packaging comprising paper and pulp trays along with paper bags”.

Tesco, which has set its target at 2025, has reduced the amount of plastic in some of its packaging – including meat trays – as well as making supportive noises about the much-mooted deposit-return scheme.

Although still single-use containers, cans are recycled at higher rates than plastic bottles, and each is largely made of recycled metal. “Aluminium is the most infinitely recyclable material on the market – as long as you recycle your can it will come back as another can and sometimes in as little as six weeks,” says CanO Water’s co-founder Ariel Booker. “Most plastic gets downgraded, it can’t be formed into another plastic bottle.” While the resealable cans make use of a plastic lid, these are separated during the recycling process, he adds.

But new innovations are also afoot: M&S which already has 90% recyclable packaging is among those looking to find new types of black plastic for its ready meals, since the dyes in current packaging mean it cannot be sorted using existing tech and usually ends up in landfill.

While once the idea that a fleece jumper could be made out of recycled plastic was considered eco-friendly, recent revelations about the extent of microplastic pollution from synthetic fibres has resulted in a u-turn, with the majority of modern clothes guilty culprits.

Traditional textiles, including wool, cotton, hemp and flax are all alternatives, however that hasn’t stopped new companies springing up with fresh approaches. Among them is Ananas-Anam, which produces a natural fibre from pineapple leaves, while Bionics makes fibres from reclaimed ocean plastic and wraps them or blends them with natural fibres.

There is even a new alternative to leather, made from the grape by-products of the wine industry.

In summary, there is no shortage of promising technology in the pipeline. But plastic is simply too good at its job to be completely phased out any time soon.

“Plastics have come into being because they meet a lot of our needs as people, as humans, and I don’t think we are going to row back,” says Miodownik.

This article is part of a series on possible solutions to some of the world’s most stubborn problems. What else should we cover? Email us at theupside@theguardian.com

Do you struggle falling asleep or staying asleep? Do you wish you woke up refreshed and full of energy? Could you do with a bit…

The Benefits of Natural Make-Up

On average women use twelve personal care products a day and considering the skin is the largest organ, we should pay attention to the ingredients…

Our top tips to cut down on plastic this #Plasticfreejuly

Plastic can take up to one thousand years to decompose in landfills. But plastic bags we use in our everyday life take 10-20 years to…

WIN! We’ve teamed up with Skincare brand Weleda to giveaway this wonderful hamper which contains their best selling Skinfood range! Read about everything included below! Win…

With gym visits and fitness classes off the cards for the foreseeable future, more of us than ever are exercising outdoors. Outdoor exercise has a…